Do not walk outside this area

Row 37 had the door to the wing, and I was imagining the person in front of me opening it and walking on the wing (the effect of 2 sleepless nights, and long meetings).

I take a peek through the window, and I notice the window had some text inscribed on it. It appeared in multiple locations with mirrored text.

I wasn’t able to take a photo, but I found one that looks quite similar: 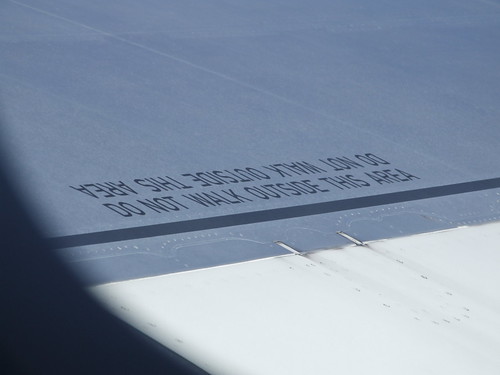