I just hate it when somebody who thinks they’re tech-savvy (yes, I said savvy) starts arguing technical trivialities, or tries to convince me of their “ways”.

One guy was supposed to be a tech-expert, after digging deeper, it seems his “great” skills were mostly the ability to get images from Google’s image search and set them as backgrounds on a Windows machine.

Another one was a certified MCSE, he was assigned some helpdesk-style work in his first days, and needed to check a user’s problems of not being able to use his computer. He calls the network admin saying it’s a network problem.

MCSE:
It’s a network problem.
NetAdmin:
Did you try pinging the server? Any reply?
MCSE:
Yes. No reply.
NetAdmin:
Is the network cable connected?
MCSE:
YES! 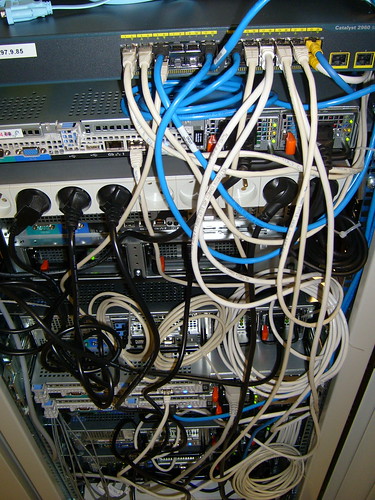 After hours of troubleshooting, it was found out that for this MCSE:


This is one reason why I don’t really believe in IT certifications.

I believe that there are some basics that every “expert” should know, and then get deeper expertise in specific topics.